This post is a defence of the “sexy” dance styles: pole dancing, burlesque, that kind of thing. First some disclaimers; that seems to be how I start my blog posts these days.


Firstly, I realise that these styles of dance are performed by both men and women. Men are underrepresented, and that is an interesting issue in itself, but it isn’t the issue I’m interested in here. Some of what I say here may be applicable to men, but this post is specifically about women dancers. Secondly, I realise that something like pole is not always sexy. Pole sports/pole fitness and the more artistic styles are often trotted out in defence of pole (“it’s not just strippers” etc.), and that’s just fine, but I’m trying to do something different. I am trying to say that, even when a routine is obvious in-your-face (so to speak) sexy, there is nothing wrong with that. In fact it’s quite important.


The main thrust (honestly no pun intended) of the argument is that women have a right to express their sexiness or sexuality if they want to, and in our society, up on a stage in front of an audience is often the safest place they can do that. Sounds mad? Let’s see.


First, let’s think about why pole and burlesque are so popular. Show audiences are often full of straight women, and many of those women will have tried out classes in one of these styles, or at least thought about doing so. Clearly there’s an appeal. Something is being provided here that isn’t being provided by other aspects of women’s roles in our society: A different means to be sexy.


I don’t want to provide a lengthy defence of being sexy. Birds, bees, educated fleas, etc. Even if you think modern culture is too obsessed with sex, you can’t deny its importance for many people’s human experience. And women are of course human people. So let’s just take for granted that it’s inevitable and quite alright (even healthy) for women to express their sexiness or sexuality in some place, and get on to talking about the alternatives available for doing so.


In everyday public life it’s tricky to be sexy, even when you feel it’s appropriate. Dressed up for a night out, flirting with a guy in a bar, all of these things take a lot of confidence and can get you into situations you don’t want to be in. Victim blaming, amongst other things, makes the public sphere generally a difficult place to be sexy.


What about in your private life? I’m guessing this would be most opponents’ preferred suggestion: Keep it at home for your husband or boyfriend. It’ll make him feel special, and the rest of the world won’t think you’re a slut. Well. Many women don’t have husbands or boyfriends and some of them, believe it or not, don’t really have an interest in finding one either. There are also plenty of women in relationships where expressing sexiness is difficult or impossible.


This is the part that’s hard truth. Many relationships are not safe spaces for sexual expression. I’m sure there are lots that are, and many congratulations to those women, but they are not the only women with a right to sexuality, and those who are not lucky enough to be in that situation have done nothing wrong to end up where they have.


Even in happy relationships, sometimes a woman might want to be sexy without it constituting a promise to have sex. If you go out for dinner, maybe you want to wear stockings under your dress because they make you feel good, and you want the person you are having dinner with to know that too, because that also makes you feel good. But you don’t necessarily want that to mean you are obliged to have sex with them when you get home, because you might no longer want it by then. But if you don’t, doesn’t it feel a bit like you’re reneging on a deal? Especially if, last time this happened, you said you had a headache.


Feeling like you’re running out of excuses not to put out is not sexy. If you are spending more time thinking about how to avoid having sex with your partner than about actually doing it, that’s going to damage your relationship. But if you can’t predict whether you will want sex later that evening, that means you sometimes feel that you can’t do anything to suggest it now. So you don’t wear stockings. You don’t wear anything sexy, and you don’t say anything flirty, unless you actually definitely want sex right now. But where’s the anticipation in that? Where’s the tease? Tease is important. We’ll be coming back to tease.


So a relationship is often not a safe space to express sexiness or sexuality, particularly if that expression for you often involves dressing sexy, talking sexy, moving sexy, and then not always actually having sex. That’s a bit of a stereotype of female sexuality, and it may be one that some women don’t even recognise. But definitely for a lot of women at least some of the time, that’s the kind of sexuality you have and want to express.


So why up on stage? Well no-one can touch you (assuming you’re not performing in a sleazy dive with a brothel out the back, but I’m not defending that here). Like all performance, the audience can fall in love with you – eyes only – then applaud and go home without ever exchanging a word, let alone a grope. And those are the rules, so you can get as sexy as you want, knowing that no-one is going to expect you to live up to the expectations you create by doing so. In fact, it’s part of the magic that you don’t. And that’s tease.


In a culture of instant gratification, we have forgotten the importance of tease. Of anticipation. In burlesque in particular, tease is an integral part of the performance, and surely of the appeal. It’s a type of sexy that other aspects of modern life just doesn’t leave room for.


So sexy performance dance provides a safe space for tease without promises. A space where the performer isn’t giving away a promise about what sort of girl she is, or what she’ll do for you later. However many times she has given away those things in the past, this is a space where she can take them back, and have ownership of her own sexiness for a change.
Posted by Rambling Ivy at 09:42 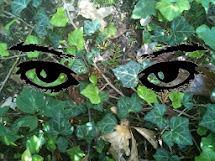